Introducing SW3 – Sounds from the 6ix 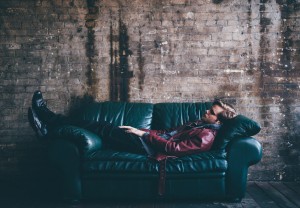 SW3 is… Jake Barnes. A Toronto-based dance-rock artist playing keyboards, guitar and drums, while slaying it on the mic. After living and performing in London, England in 2015, he has returned to Toronto as SW3. What does SW3 stand for? The area code he lived in in London, where he wrote his forthcoming, debut album. Chelsea, London to be exact. With a full notebook of songs under his belt, he is finally ready to get his music out there! To date he as released 2 songs as SW3, “All Too Young”, his debut single, and “Dirty Love”.

“All Too Young”, above, is the perfect feel good summer jam that you won’t be able to get out of your head. With an infectious hook and pop-rock vibe, “All Too Young” presents a more tailored sound that we can come to expect from SW3.

Now, on to “Dirty Love”. This sultry, sex infused rock song really takes on a full new meaning when you watch the music video (below). Lyrics read:

“I can’t play on broken strings, I can’t say what I sing – Fingers bleed on crooked keys, my heart can’t find the beat”.

SW3’s ability to write and record his own music, proves that we have another talented figure coming from the 6ix. Ladies and Gentlemen, introducing SW3…

Madeline Merlo – Dear Me – The video every girl (and boy) needs to see!